Back To Cotney Blogs Insights 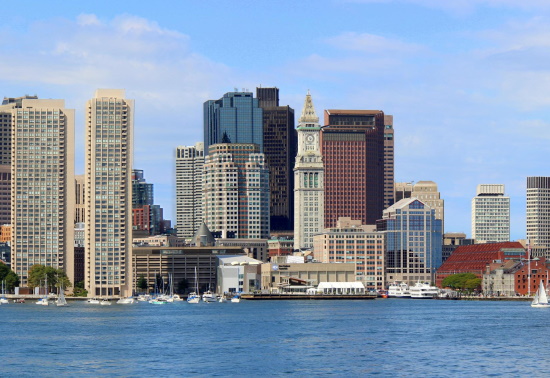 Will Our Trains Still Be Running? More Supply Chain Issues.

As much of our country is still battling supply chain issues, the recent threat of a railroad strike sent shockwaves throughout construction and other industries. So there was also a high of relief when the White House brokered an agreement in the wee hours of Thursday, September 15, dangerously close to when the strike could have begun.

The agreement resulted from all-night talks between industry and union leaders, which were led by Labor Secretary Mary Walsh. President Biden, who supports unions but also understands how crippling a strike could be, stated that the deal could benefit both sides. However, there is no assurance that the agreement will not fall apart.

What the Deal Offers

The agreement addresses many issues that seem critical to workers. For example, it would provide back pay and bonuses, and it would offer 24 percent raises over five years (stretching back to 2020). The deal also stipulates two-person crews, implements a cap on healthcare costs, and permits workers to take time off for medical appointments—without pay but without penalty. However, workers say the details surrounding voluntarily assigned days off and sick time are unclear. They argue that the agreement language is intentionally vague.

Rail workers began voting on the deal about a week after it was brokered. And if any of the 12 railroad unions do not ratify a new contract, rail workers may indeed strike. And there are nearly 125,000 of them.

During the negotiation, the two largest unions warned that their members would not approve any contract that does not address lack of sick leave, hazardous working conditions, or unpredictable work scheduling. Some of the deal’s terms are similar to those in an agreement offered by the presidential emergency board (PEB) in August. Workers say that for them to agree to the new contract, it would have to be much stronger than the PEB agreement. According to one survey, almost 80 percent of workers may not support that contract.

Another wrinkle is that the White House-brokered agreement only applies to the two largest unions: the Brotherhood of Locomotive Engineers and Trainmen and the SMART Transportation Division. It does not apply to other unions that had been considering contracts related to the PEB proposals. Among those unions is the International Association of Machinists and Aerospace workers, which includes 5,000 employees who voted to reject the PEB contract.

There are 12 unions that must ratify the Presidential Emergency Board’s proposal tentatively agreed to on Sept. 15. Last week the International Association of Machinists became the 7th union to ratify the agreement, but two have rejected it – the Brotherhood of Maintenance of Way Union (BMWED) and Brotherhood of Railroad Signalmen (BRS).  Other unions must still vote and the two largest unions, the Brotherhood of Locomotive Engineers and Trainmen (BLET) and the Sheet Metal, Rail and Transportation (SMART) Transportation Division, won’t have results until Nov. 21.

On Nov. 9, the BMWED announced an extension of its status quo period to Dec. 4 in concert with the BRS which also rejected the agreement.  Thus, the potential for a rail strike is off the table until Dec. 5 at the earliest because other unions that must vote have status quo periods into December, too.  But just a single union voting to walk off the job could trigger a nationwide shutdown because of other workers’ reluctance to cross picket lines.

Given this situation, 322 local, state and federal trade associations sent a letter urging the Administration to continue to engage to avoid a rail strike.  Also, a letter to Congress signed by over 300 organizations asking Congress to intervene under the Railway Labor Act will be sent if the agreement is not fully ratified near the end of the new status quo period (Dec. 4).

It should be noted that as the railroad situation intensifies, more than 22,000 dockworkers at 29 West Coast ports represented primarily by the International Longshore and Warehouse Union (ILWU) have been working without a contract since the old one expired July 1, causing shipments to be rerouted to East Coast ports for fear of worker disruptions or a strike.

What the Experts Predict

Some labor experts suggest that the deal will ultimately pass, but there may be many unhappy, opposing workers. It is interesting that one of the main sticking points is sick leave, implying that the workers believe their personal needs are not being respected in the negotiations.

In addition, some rail workers worry that if they vote down the agreement, legislators may well decide on the next contract. Some lawmakers are ready to force unions to accept the PEB terms, while others want to solve the issues through arbitrators or more negotiations.

If the rail workers do strike, it would effectively shut down the nation’s rail system. This system carries almost one-third of U.S. freight and is second only to the trucking industry. Such a disruption would have a huge impact on our economy as fuel, food, and other goods would be stranded, unable to reach the people who need them. And the timing could fall just as the holiday season begins.

Trent Cotney is a partner and Construction Practice Group Leader at the law firm of Adams and Reese LLP. For more information on this subject, please contact the author at trent.cotney@arlaw.com.